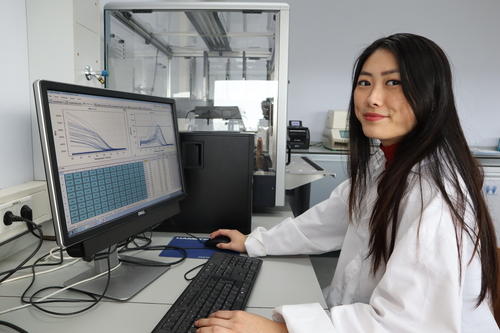 I am Elfy Ly (26) and I am studying MSc Bioinformatics and Systems Biology at the University of Amsterdam and Vrije Universiteit. During my graduation internship at Microbial Analysis, I am doing research on the 16S rRNA NGS data and my goal is to identify MIC related organisms through network analysis.

One third of corrosion damage is caused by microorganisms, which can lead to environmental pollution, among other things. This form of microorganism-induced corrosion is also known as MIC (Microbiological Influenced Corrosion). When MIC damage is suspected, the presence of MIC-related organisms is examined. To further improve this diagnosis, more MIC-related organisms need to be found. By sequencing the 16S rRNA gene from environmental samples, a large proportion of the bacteria and archaea present in the sample can be identified. During my research I will look at which microorganisms often show up in MIC samples and with which microorganisms the MIC microorganisms often occur together.

I like the mission of Bioclear earth and Microbial Analysis and I am very happy that I can participate in an innovative and sustainable solution for corrosion damage. Another plus is that everyone here is very nice and flexible!