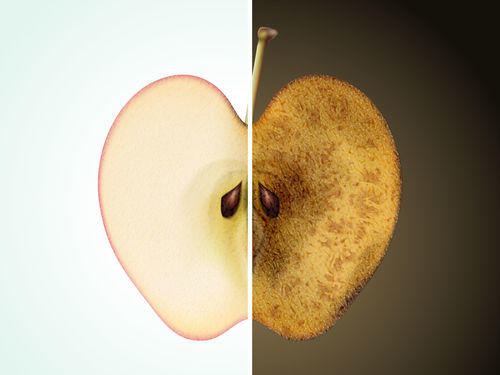 What is MIC corrosion?

Everybody is familiar with the phenomenon of corrosion. Corrosion is the degradation of materials (particularly metals) through electrochemical reactions. Corrosion is the biggest threat to various materials that we are dependent on, such as potable water pipes, oil and gas pipelines, windmills, storage tanks, our car fleet and constructions like bridges. Worldwide, the annual costs of corrosion are estimated at 2500 billion dollars. A study from the Netherlands shows that corrosion damage is about 3% of the gross national product in our country (±27 billion euros).

A lesser-known fact is that corrosion can also be caused or accelerated by microorganisms. This process is called corrosion or MIC (Microbiologically Influenced Corrosion).

We can explain the process of corrosion and MIC corrosion by using an apple as an example. If you cut an apple in half, it will become brown very fast. The substances in the apple that are reacting with the oxygen from the atmosphere cause this process. It looks as if the apple is rusting. If you leave these pieces of apple for a few days, bacteria and fungi from the environment will speed up the process of degradation. A similar process can occur with metals.

In approximately a third of the corrosion cases, microorganisms are involved. They are able to speed up the corrosion process by 10 to 100 times. Not only does MIC corrosion cause the degradation of the materials, it can lead to clogging problems as well. The clogging is induced by the slimy and stringy waste products that the microorganisms secrete. Furthermore, the metal particles that are released can also lead to the clogging of the filters.

MIC corrosion is a complex process. Microorganisms are capable of influencing or even initiating corrosion processes in various ways: 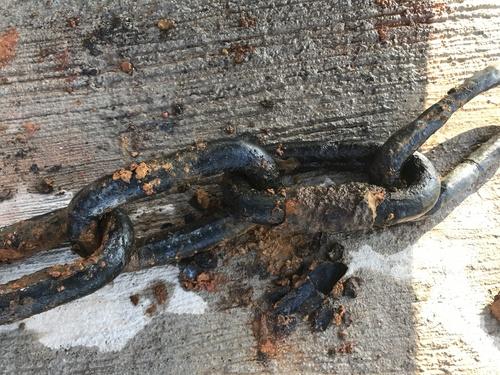 Identifying the problem is the start of the solution

Do you suspect that microorganisms are the cause of your corrosion problems? Then it is important to determine this, because MIC corrosion requires a totally different approach from other forms of corrosion. In the absence of any intervention, the costs to solve the problems can be very high. In many cases materials need to be replaced sooner than initially expected and you could face consequential damages, such as leakage.

Microbial Analysis is specialized in diagnosing microbiologically influenced corrosion. We test whether MIC corrosion is present and determine the mechanisms that influence the formation of the corrosion in your situation. Our experience has taught us that in some cases, well-intentioned measures to prevent problems within a system can actually foster MIC corrosion. Therefore, identifying the problem is the start of the solution. 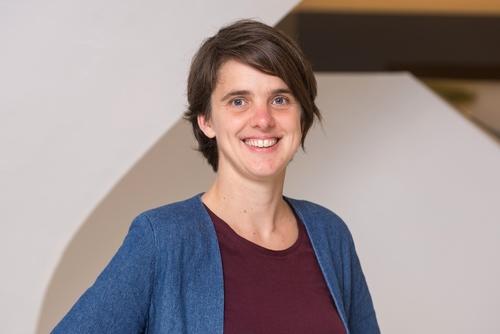 Do you want to know more about MIC over MIC corrosion, please contact Elsemiek Croese,
croese@microbialanalysis.com 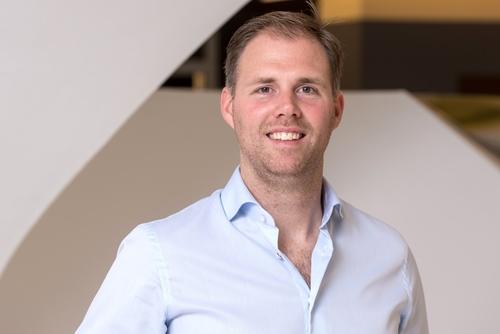